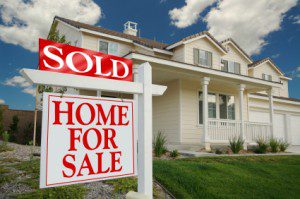 WASHINGTON (Reuters) – The relentless decline in home prices is nearing an end and prices should rise for the first time in seven years in 2013, but a possible new wave of foreclosures could threaten the recovery, according a Reuters poll of economists.

The median forecast of 24 economists polled by Reuters was for the S&P/Case-Shiller 20-city home price index to end the year unchanged. That was the same finding back in January for this house price gauge, which covers 20 cities.

“We are expecting a gradual improvement, but if we get a big wave of new foreclosures coming to the market, price declines could be even greater,” said Yelena Shulyatyeva, an economist at BNP Paribas in New York.

The survey forecast the S&P/Case-Shiller home price index rising 2.0 percent next year, up from 1.5 percent in the January survey.

The housing market’s collapse pushed the economy into its longest and deepest recession since the 1930s. Historically, housing has led the economy out of recession, but it has been the weakest link in the recovery that started in mid-2009.While residential construction accounts for a mere 2.3 percent of gross domestic product, home prices have an oversized reach in the economy, influencing a wide range of consumption decisions by households.

House prices have so far fallen about 32 percent from their peak at the end of 2005, and an estimated 11 million Americans now owe more on their homes than they are worth. A resulting tide of foreclosures has held back the housing market’s recovery. The survey predicted about 1.5 million foreclosed properties will come on to the market this year. While there is no comparison for this figure, most analysts believe the foreclosure wave has either peaked or is close to topping out.

Given that foreclosures and the accompanying fear of further price declines are the main obstacles to any housing market recovery, few analysts say that further purchases of mortgage backed securities by the Federal Reserve will help. Fed officials meet on April 24 and 25 to debate whether further steps are needed to drive borrowing costs lower to spur stronger economic growth. Mortgage rates are already near record lows and house affordability is the best in history.

“The problem with the housing market is not necessarily that mortgages are expensive,” said Millan Mulraine, a senior macro Strategist at TD Securities in New York. “It’s more the expectation that prices may continue to fall and cause a lot of potential buyers to sit on the sidelines to wait for more attractive entry points. I don’t think there is lot more mileage to be achieved from MBS purchases.”

The survey forecast the 30-year mortgage rate averaging 4.00 percent in 2012, down from 4.15 percent in the January poll. Although job growth slowed in March, the labor market is expected to continue strengthening this year. That should help to lift home sales. Sales of previously owned homes are expected to register an annualized 4.70 million unit annual pace in both the second and third quarters of this year before topping at 4.80 million units in the fourth quarter. That compares to a rate of 4.60 million units and 4.70 million units in the second and third quarter respectively in the January survey.

“This gradual healing is encouraging, but we must tread carefully as the housing market is still far from a robust recovery,” Michelle Meyer, an economist at Bank of America Merrill Lynch in New York.