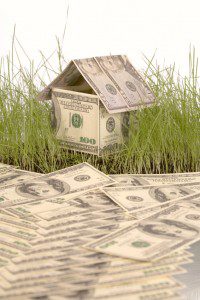 This is a question anyone thinking about selling must ask. Should they sell now or should they wait for the spring? Most years that would be an interesting question. There is a belief that many buyers come out in the spring and, with that increase in demand for housing, prices may appreciate. This year is unlike any year in recent memory. Most experts believe there will be continuing depreciation of home values throughout the next 18 months.

As we posted on recently, there may be a window of opportunity throughout the rest of 2010 as the banks try to straighten out the paperwork on thousands of foreclosures. Once that paperwork is corrected, the flow of distressed properties coming to the market at discounted prices will begin again.

This was mentioned in the latest Home Price Expectation Survey. Robert Shiller, MacroMarkets co-founder and chief economist said this:

“Over the past month, the average projection for 2010 nationwide home price performance improved slightly among our experts, but for each year thereafter it deteriorated.  One plausible explanation for this month’s more negative overall sentiment is recent news concerning foreclosure processing questions and the related possibility of extending the supply pipeline.”

Other experts are also reporting that prices will soften next year

“We are at a flex point in housing valuation. With record supply, already paltry demand and systemic threats to a possible correction, we remain terribly concerned about forward home prices.”

The very next day, in a special release, Clear Capital reported a “sudden and dramatic” drop in U.S. home prices:

Most recent data shows a two-month 5.9% price decline representing a magnitude and speed of decline not seen since March 2009; similar declines for September and October expected to appear in other industry indices in coming months.

If you plan to sell within the next year, you shouldn’t wait for the spring market. Price the home at a compelling price to make sure it sells in the next sixty days.