We have reached the midway point of the year. Today, we want to look back over the first six months and give you what we believe 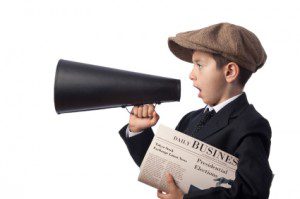 were the five items that have had the biggest impact on the real estate industry so far this year.

The Government Wants Out of the Mortgage Business

From the original outline of the Dodd-Frank regulations to the talk of closing Fannie Mae and Freddie Mac to the proposed Quality Residential Mortgage (QRM) guidelines, the government has made it very clear that they want to dramatically limit their involvement in the mortgage industry. What will come of this? Will private industry step up and fill the void created? What will be the increased cost to the consumer? Only time will tell.

Despite Early Headlines, Sales are Increasing

Headlines earlier in the year announced the total collapse of the housing market. To those in the know, it was obvious that comparing sales numbers in the first four months of this year to the same period last year made absolutely no sense. The largest tax credit ever given to home buyers expired on April 30, 2010. Large numbers of transactions were dragged forward last year so buyers could take advantage of the credit. Pending home sales (transactions going into contract) on the other hand have done quite nicely and many institutions (ex. Fannie Mae, Freddie Mac, NAR and Moody’s Analytics) are projecting good sales numbers throughout the rest of the year.

Amid Warnings of a ‘Double-Dip’, Prices Began to Stabilize

Prices continued to retreat for the first few months of the year and brought the bears out. Some called for another major fall in prices (15-20%) and almost all recalculated their projections to show continued depreciation. Just as these new projections were made available, some pricing indices announced that values actually increased (though by a rather minimal percentage). Again, those with the best understanding of the market were quick to explain…

Distressed properties (foreclosures and short sales) have a major impact on the values of all properties in an area. Because of paperwork challenges, the flow of these properties to the market was virtually shut off. At the beginning of the year, most experts believed the banks would correct these challenges by the end of the first quarter. That didn’t happen and therefore many of these properties were delayed coming to the market. This is a major reason why prices seemed to recover: there were fewer discounted properties available for sale. Most now believe that the banks are within 60-90 days of releasing this inventory and that prices will again begin to soften.

Main Stream Media Begins to Announce “Now Is the Time to Buy!”

With prices and interest rates at historic lows and the chance that mortgages will become more costly as the private sector steps in, many in the main stream media are announcing that buying a home now makes sense. In the last 45 days, the Wall Street Journal, Forbes Magazine, National Public Radio (NPR) and CBS Money Watch have all ran articles calling for the readership to consider buying now!

Tomorrow, we will share what we believe will be the top 5 stories in the second half of 2011.