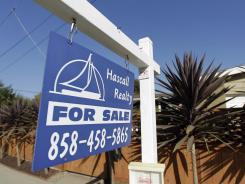 Mortgage buyer Freddie Mac says the average rate on the 30-year loan fell to 3.56%. That’s down from 3.62% last week and the lowest since long-term mortgages began in the 1950s.

The average rate on the 15-year mortgage, a popular refinancing option, dipped to 2.86%, below last week’s previous record of 2.89%.

The rate on the 30-year loan has fallen to or matched record low levels in 11 of the past 12 weeks.

Cheaper mortgages have contributed to a modest housing recovery this year. Home sales were up in May from the same month last year. Home prices are rising in most markets. And homebuilders are starting more projects and spending at a faster pace.

Low mortgage rates could also provide some help to the economy if more people refinance. When people refinance at lower rates, they pay less interest on their loans and have more money to spend. Many homeowners use the savings on renovations, furniture, appliances and other improvements, which help drive growth.

Still, the pace of home sales remains well below healthy levels. Many people are still having difficulty qualifying for home loans or can’t afford larger down payments required by banks.

And the sluggish job market could deter some from making a purchase this year.

U.S. employers added only 80,000 jobs in June, a third straight month of weak hiring. The unemployment rate was unchanged at 8.2%, the government reported last week.

Slower job creation has caused consumers to pull back on spending.

Mortgage rates have been dropping because they tend to track the yield on the 10-year Treasury note. A weaker U.S. economy and uncertainty about how Europe will resolve its debt crisis have led investors to buy more Treasury securities, which are considered safe investments. As demand for Treasurys increase, the yield falls.

To calculate average rates, Freddie Mac surveys lenders across the country on Monday through Wednesday of each week.

The average does not include extra fees, known as points, which most borrowers must pay to get the lowest rates. One point equals 1% of the loan amount.

The average rate on five-year adjustable rate mortgages dropped to 2.74% from 2.79% last week. The fee was unchanged at 0.6 point.