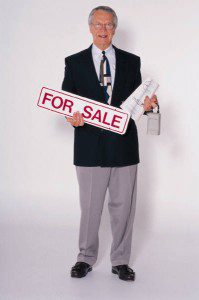 There have been more and more reports showing that the housing market is beginning to recover. This has caused angst among some homeowners who are considering whether or not to sell their house in the next several months. With the market showing signs of life, the question becomes should they wait to sell because prices may be about to increase.

“This time next year, there could be a 10% price appreciation. I would not be surprised to see that.”

During the same week, Morgan Stanley came out with a housing report that stated where they believed housing values were headed over the next eighteen months:

Which direction are prices headed? As we previously stated, there are opinions on both ends of the argument.

However, if we look at the Home Expectation Survey, which asks a distinguished panel of over 100 economists, investment strategists, and housing market experts to give their 5-year expectations for future home prices in the United States, we see the average cumulative appreciation expected by the end of next year (2013) is only .9%.

Should you sell now or wait? Does it make sense to delay your move for 18 months in order to get less than a 1% increase in your selling price? Only you can answer that question.

Article by the KCM Crew. To read more about the Real Estate Market, visit the KCM Blog.