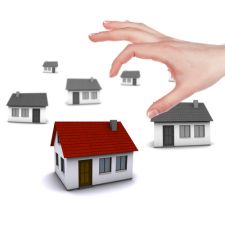 A monthly index that tracks pending sales of U.S. resale homes rose in September compared to a year ago, while falling on a month-to-month basis, the National Association of Realtors reported today.

NAR’s Pending Home Sales Index, which measures real estate sales contracts signed but not yet closed, increased 6.4 percent year over year, to 84.5, in September. On a monthly basis, the index declined 4.6 percent. The index typically represents about 20 percent of all existing-home transactions. An index score of 100 is equal to the average level of sales contract activity in 2001, which was the first year examined by the trade group.
The index rose on an annual basis in all four U.S. regions. The Midwest saw the greatest increase, up 12.3 percent to 71.5. The region also saw the greatest month-to-month index decline, down 6.2 percent.

In the West, the index jumped 5.6 percent on a year-over-year basis in September, to 105.8 — the highest index value of any region. The region also saw the smallest monthly index drop, down 2.1 percent.

In the South, the index rose 5 percent year over year, to 91.6. On a month-to-month basis, the index slipped 5.5 percent in the region.

The Northeast saw a 4 percent index increase compared to a year ago, to 60.6, and a monthly decline of 4.7 percent.