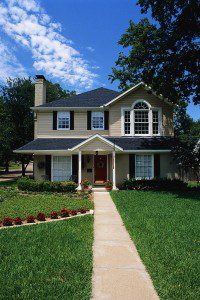 The number of Twin Cities-area homeowners who have a mortgage that exceeds the value of their house continues to fall. At last count, a bit more than 17 percent of all homeowners with a mortgage were underwater during the fourth quarter 2012. That’s a slight decline from both the previous quarter and the same quarter 2011, according to CoreLogic, which tracks house prices throughout the country using public records. Here’s a link to the full report.

The declines are a sign that rising home prices are reducing the number of underwater homeowners, a key step in unlocking more inventory and moving the market into balance.

At 17.6 percent, the Twin Cities was among the 10 metro areas with the lowest percentage of underwater homeowners. Across the country, 21.5 percent of all mortgaged houses were in negative equity territory, down slightly from the previous quarter. (Roughly a third of all homes do not have a mortgage).

While slight, that quarter-to-quarter decline has big implications for the broader market, meaning that about 200,000 properties returned to positive equity.

Values in the Twin Cities are improving better than average because the region’s unemployment rate is falling faster than the national average. Income growth will bolster those gains.

Elevated levels of negativity equity have been a barrier to a stronger recovery, but they’ve also contributed to price gains. Homeowners who owe more than their house is worth are often unable to sell their home unless they’re willing to agree to a short sale, or bring cash to the closing to make up the difference between what the owe and what a buyer is willing to pay. That’s one of the reasons inventory is at the lowest level in a decade. At the same time, tight inventory means stiff competition, forcing many buyers to pay more than they might otherwise.