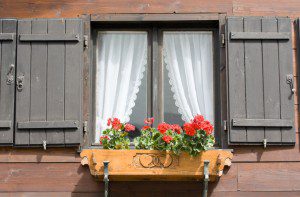 By the KCM Crew on February 27

There have been conflicting opinions as to where housing prices are headed. We want to give our opinion on this subject for the short term. We believe sellers have a window of opportunity for the next 90-120 days in most parts of the country in which to sell their homes for maximum price. We believe there will be increased downward pressure on home prices throughout the rest of the year.

Any item’s price is determined by ‘supply and demand’. In many parts of the country, existing housing inventory has dropped to historic norms in the last few months. However, an inventory of distressed properties (foreclosures and short sales) will be coming to market this year. This inventory has been delayed for over a year as the Federal and state governments crafted an agreement with the five largest banks and mortgage servicers to establish a roadmap for how a foreclosure must be properly completed. That agreement, the National Mortgage Settlement, was reached two weeks ago.

What Impact Will the Agreement Have on Foreclosures?

“The settlement sets forth clear guidelines for lenders and servicers to follow when foreclosing, which should allow them to push through some of the delayed foreclosures from last year.”

How Many Foreclosures Could We Be Talking About?

“The settlement helps the housing market in the long run because it allows banks to proceed with millions of foreclosures that have been stalled.”

What will this mean to home prices?

As this inventory comes to market, it will impact prices in two ways:

Which States Will Be Impacted the Most?

The states that have the largest backlog of properties currently in the foreclosure process will be the states that will see the greatest price depreciation.

There is a window of opportunity currently which sellers should take advantage of. Waiting until later this year will not guarantee a higher sales price. If anything, in many regions of the country, it probably guarantees the exact opposite.