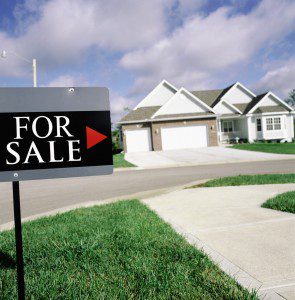 This blog prides itself on the quality of real estate information we deliver each and every day. We try to gather empirical evidence to validate the positions we take. We do not use just an anecdotal story to make a point. We also do not get caught up in the sensationalism of the moment. However, today will be different.

We can’t resist commenting on the story which recently appeared in the Wall Street Journal regarding Colby Sambrotto, the founder and former CEO of forsalebyowner.com. It seems the founding father and lifelong evangelist of the concept of selling your home without a real estate agent was forced to hire a broker to sell his home after failing at what he preaches others should do.

After failing to sell his NYC apartment on his own as a For Sale By Owner (FSBO), Sambrotto hired a broker and paid a 6% commission in order to get the job done. His personal experience helps refute some of the myths Sambrotto has been espousing for over a decade. Let’s look at two of those myths:

Myth #1 – You Will Pocket More Money Selling on Your Own

Most FSBO sites say you can save the commission by selling on your own. What happened in Sambrotto’s sale?

From the WSJ article:

“The broker, Jesse Buckler, said he told Mr. Sambrotto the apartment in the Lion’s Head building on West 19th Street near Sixth Avenue was priced too low and wasn’t drawing the right buyers.

By May, it went into contract, he said, after attracting multiple offers. It closed in the last few days for $150,000 more than the original asking price.”

Myth #2 – The Internet Alone Can Sell Your Home

Many have said that, with the introduction of home search on the internet, hiring an agent is no longer a necessity. What happened to the FSBO guru when he attempted to only depend on the internet?

From the WSJ article:

“Looking to move his family to the suburbs, [Mr. Sambrotto] said he carefully staged his apartment for sale himself, and put it on the market. But after using a mix of websites to publicize his apartment, he said he had only ‘middling success’ and switched to a broker because many buyers were so reliant on brokers.”

There is a reason the real estate industry has been around for centuries: it performs a valuable service.