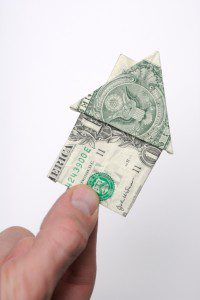 A wildly weaker-than-expected March Nonfarm Payroll report coupled with renewed concerns that Europe may be tilting back into recession are the two primary drivers behind Friday morning’s powerfully rally in the mortgage market.

U.S. employers added 120,000 new jobs last month – just a little less than half of the 200,000 jobs most market participants had expected.  It was the slowest month for job creation since October of last year. In a break with recent trends, job growth in prior months was not revised sharply higher.  The economy added a cumulative total of 4,000 more jobs than was originally reported in January and February.  The national jobless rate fell to 8.2% from 8.3% the prior month – not because more people found jobs – but because jobs are so hard to find more people simply gave up their job search.

In an article for MarketWatch, columnist Jeffry Bartash quotes Jim Baird, chief investment strategist at Plante Moran Financial Advisors, “In recent months concerns have been raised that seasonal adjustments had been overstating job creation.  Today’s report suggests those concerns may have been legitimate.”  It will be very interesting to see what, if anything Labor Department officials have to say about claims they have been “cooking the books” with respect to the job growth figures.  More on this story later – should something develop.

Signs of a worsening situation in Europe as Spain and other euro-zone countries struggle to meet their budget targets could serve to create a “flight-to-quality” flow of capital out of riskier asset classes like stocks into safe-haven assets like dollar denominated Treasury debt obligations and mortgage-backed securities.

Speaking of next week – Uncle Sam will be in the credit markets from Tuesday through Thursday looking to borrow $66 billion in the form of 3-year and 10-year notes together with 30-year bonds.  Weakness in today’s employment data together with the likelihood growth in China and Europe will show signs of slowing will likely combine to provide solid demand from foreign investors for these offerings.  The inflation story here at home will be told through the release of the March Producer Price Index on Thursday followed by the March Consumer Price Index on Friday.  Overall inflation is expected to remain benign but continuing high energy prices may soon cause a shift in this outlook.  Assuming both inflation reports match current expectations the data is unlikely to exert a significant influence on the current trend trajectory of mortgage interest rates.

Bonds sold off sharply earlier this week but with the release of Friday’s weak employment figures, bond’s rallied back a good share of the bond price loss. Mortgage rates are still excellent but I would generally advise locking  the rate as soon as your customer finds a home.