This statement was made by Zillow in a recent press release, that in turn revealed two things: 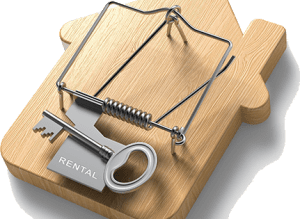 If you are currently renting, you could get caught up in a cycle where increasing rents continue to make it impossible for you to save for a necessary down payment. Zillow Chief Economist Dr. Stan Humphries explains:

Perhaps you already have saved enough to buy your first home. HousingWire recently reported that analysts at Nomura believe:

“It’s not that Millennials and other potential homebuyers aren’t qualified in terms of their credit scores or in how much they have saved for their down payment.

Freddie Mac came out with comments on this exact issue:

Don’t get caught in the trap so many renters are currently in. If you are ready and willing to buy a home, find out if you are able. Have a professional help you determine if you are eligible to get a mortgage.