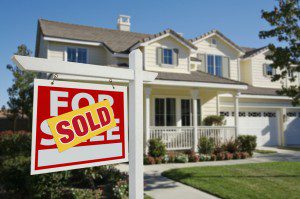 NEW YORK (CNNMoney) — The long-battered housing market is finally starting to get back on its feet. But some experts believe it could soon become another housing boom.

Signs of recovery have been evident in the recent pick ups in home prices, home sales and construction. Foreclosures are also down and the Federal Reserve has acted to push mortgage rates near record lows.

But while many economists believe this emerging housing recovery will produce only slow and modest improvement in home prices, construction and jobs, others believe the rebound will be much stronger.

Barclays Capital put out a report recently forecasting that home prices, which fell by more than a third after the housing bubble burst in 2007, could be back to peak levels as soon as 2015.

“In our view, the housing market had undergone a dramatic over-correction during the prior five years, resulting in pent-up demand for housing purchases that would spark a rapid rise in housing starts,” said Stephen Kim, an analyst with Barclays, in a note to clients.

In addition to what Kim sees as a big rebound in building, he’s bullish on home prices, expecting rises of 5% to 7.5% a year.

Construction is expected to be even stronger, with numerous experts forecasting home construction to grow by at least 20% a year for each of the next two years. Some believe building could be back near the pre-bubble average of about 1.5 million new homes a year by 2016, about double the 750,000 homes expected this year.

“We think the recovery is for real this time around,” said Rick Palacios, senior analyst with John Burns Real Estate Consulting. “If you look across the U.S. economy right now, there are only a handful of industries looking at 20-30% growth over the next 4-5 years, and housing is one of those.”

Home builder stocks are up 162% in the last 12 months, led by a 250% jump at PulteGroup (PHM). Other leading builders including DR Horton (DHI), Toll Brothers (TOL), KB Home (KBH) and Lennar (LEN) have all seen their stocks more than double over that time. New orders at publicly-traded builders are up 30% since January, according to Kim.

Palacios said stocks in other sectors, from manufacturers of drywall to flooring to kitchen and bath fixtures, have all more than doubled as well this year.

The housing rebound can have a ripple effect that could help get the entire economy growing at a much stronger pace, which will add to more demand for housing.

“That turn in the [housing] market is occurring now and it should become a boom by 2015. It will be powerful enough … to lift the entire U.S. economy,” said Roger Altman, chairman of Evercore Partners and former deputy Treasury secretary, in a column for the Financial Times.

Altman said he expects housing will add 4 million jobs to the economy over the next five years, as pent-up demand for home purchases drives building and and home prices higher.