Part III – New Construction Will Soon Be Your Competition

Here’s the third and final reason why you should sell your house today! 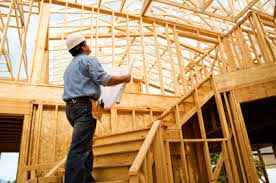 Over the last several years, most homeowners selling their home did not have to compete with a new construction project around the block. As the market is recovering, more and more builders are jumping back in. As an example, the National Association of Realtors revealed, relative to last year, year-to-date new home sales are up 19%.

These ‘shiny’ new homes will again become competition as they can be an attractive alternative to many of today’s home purchasers.

Here are the numbers regarding new construction about to come to market from the Census Bureau:

As we mentioned, new construction can be strong competition to a seller of an existing home. It may make sense to list your home before this new inventory makes its way to market.

Give us a call so we can help you beat this competition today!